Elaine began singing from a very young age She first found her calling for the stage when she was 8 years old and sang a solo during a Christmas concert at her local church. Following that she would sing mainly for fun for family functions and later, karaoke’s. For a short period she took up dancing and joined a dance group called Ace Squad, who performed at various venues in Birmingham and had an appearance on Central TV’s Newshound.

However, the calling to return to singing was too great, and in 1997 whilst on holiday with a friend in Turkey, they together, entertained the hotel and their guests with an impromptu performance.

Elaine 2She was one of the founder members of Majik Touch, who performed around Birmingham, a Lord Mayor’s Carnival event at Cannon Hill Park and successfully auditioned to perform live on Michael Barrymore’s “My Kind of People” at Merry Hill.

Since then Elaine has been in various bands and performed alongside many name artists, which include Zeph from Just Us, The Reggae Revolution and up and coming Jamaican reggae artist Kush.

We are very pleased to say that Elaine is now to be found a permanent and vital member of the female vocal backing section alongside Leonie here in Legend. Her beautiful and soulful tone blends perfectly and produces that magical and subtle “lift” so typical of Bob Marley’s vocal arrangements. 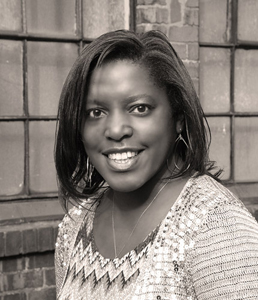